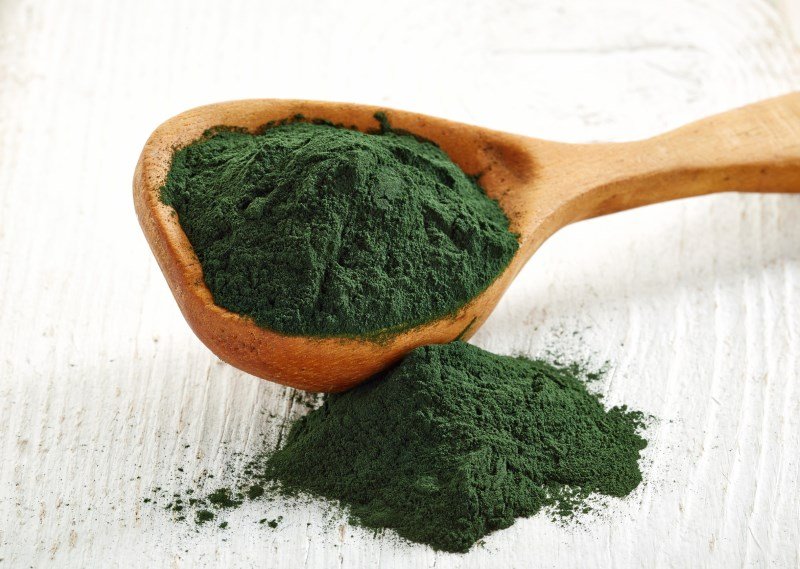 Spirulina has a blue-green color which is the source of much of its cancer-prevention abilities. Spirulina is richly supplied with the blue pigment phycocyanin, a biliprotein which has been shown to inhibit cancer-colony formation.

Both Spirulina and chlorella are commercially grown and used in dried, powdered form as high quality nutritional supplements. They are high in all the essential amino acids (around 60%), beta-carotene, chlorophyll, and other nutrients. As regards their specific efficacy against cancer, there are hundreds of articles on Spirulina. Some significant positive research has been conducted into the immuno-boosting properties of spirulina, and in a modest study spirulina has been seen to provide significant protection against oral cancer among chewers of tobacco.

In animal experiments, chlorella has demonstrated antitumor and antimetastatic properties. It has also shown positive indications of immuno-boosting, as well as protection against the negative effects of radiotherapy and chemotherapy. Both seem able to mediate the removal of carcinogens from the system. All-in-all, as chlorophyll-based nutritional supplements, they appear to be more effective and to hold out more hope as therapeutic agents than wheatgrass.

Like tree leaves, spirulina also obtains its color from chlorophyll. According to Alan Keith Tillotson’s “One Earth Herbal Sourcebook,” the high levels of chlorophyll in spirulina may explain its ability to stop cancer colonies from forming. As Tillotson writes, “Foods and herbs that contain high levels of chlorophyll show pharmacological evidence of cancer prevention, perhaps because pigments in green vegetables (and algae) … bind with and thus stimulate excretion of cancer-causing chemicals.” If cancer cells are stopped before they can form colonies, your body’s naturally occurring cancer cells won”t be able to run amok and develop into symptomatic cancer.

If you’re not familiar with the link between cancer and immune system function, you may have been a little confused by the last point. You might be thinking, “Wait a minute. The reason why I don’t have cancer cells in me is because I’ve never been diagnosed with cancer.” The truth is, however, we all have cancer cells within us. Cancer cells develop within our bodies all the time, but our immune systems normally fight them before they develop into the disease we know as cancer. In other words, if you are diagnosed as “having cancer,” that means only that your immune system didn”t kill your body”s naturally-occurring cancer cells the way it was designed to. If you”d like to read more about this phenomenon, you can find many articles about it on News Target”s cancer page.

Scientists have been exploring spirulina’s ability to treat cancer, although most of the research in this area has been exclusively related to oral cancer. Animal studies repeatedly show that spirulina hinders the growth of oral cancer. Moreover, Indian scientists conducted the first human study of spirulina-based cancer treatment in 1995. “These scientists reported a complete regression of pre-cancerous mouth lesions in 45 percent of subjects who were given extracts of spirulina for 12 months,” wrote Earl Mindell, RPh, PhD, in Earl Mindell’s Secret Remedies.

Consider adding spirulina to your diet, especially if your current diet contains foods high in animal protein, such as meat and cheese. In Healing with Whole Foods, Paul Pitchford writes, “The special form of protein in spirulina benefits those with problems resulting from excessive animal protein, which does not assimilate well and further burdens the body with waste products.” If you already have cancer, making a few diet modifications, such as adding spirulina and restricting meat and cheese, can make all the difference in your recovery, according to Patrick Quillin’s Beating Cancer with Nutrition and Joseph B. Marion’s Anti-Aging Manual. This difference can be the deciding factor between life and death.

Complement a daily Spirulina Supplement with a The Professional Rife Machine, Version 3 Machine.