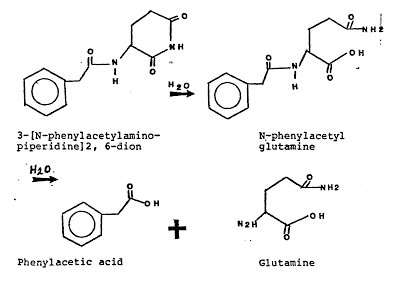 Antineoplaston: Aminocare A10 and AS2-1

Stanislaw R. Burzynski, MD, PhD, is world recognized physician and scientist. Dr Burzynski devoted his whole life to cancer research and has been treating thousands of cancer patients from all parts of the world for over 30 years.

Dr. Burzynski is one of the pioneers in alternative cancer research, and is known worldwide for discovering Antineoplastons. Antineoplaston Treatment targets cancer cells without damaging or destroying normal cells. Antineoplastons (ANP) are peptides and amino acid derivatives, discovered by Dr. S. Burzynski, M.D., Ph.D. in 1967.

Dr. Burzynski first identified naturally occurring peptides in the human body that control cancer growth. He observed that cancer patients typically had deficiency of certain peptides in their blood as compared to healthy individuals.

Dr Burzynski is using two anti-cancer drugs, designated antineoplastons Aminocare A10 and AS2-1, which seem to have a particular efficacy against brain cancer and non-Hodgkins lymphoma. Some studies and anecdotal evidence, however, suggest that they may be of use in combating other forms of cancer. Many of Dr Burzynski”s patients claim that their cancers have been cured or held in a stable condition as a result of his treatment.

Cancer is known as a ‘neoplasm’ (a new formation). Anti-cancer compounds can therefore be called ‘antoneoplastons’. Dr Burzynski’s antineoplastons are peptides, small proteins or amino-acid chains, found in normal human blood. In cancer patients, however, antineoplaston levels tend to be low – as little as 2% of that of healthy individuals. In normally functioning tissues and organs, cells die and are replaced on a regular basis. Cancer cells, on the other hand, go on living and proliferating because the system that induces programmed cell death (apoptosis) is switched off. Antineoplastons work by ‘reprogramming’ cancer cells to die like normal cells, while healthy cells remain unaffected.

According to Dr. Burzynski, Antineoplastons are components of a biochemical defense system that controls cancer without destroying normal cells.

Chemically, the Antineoplastons include peptides, amino acid derivatives and organic acids. They occur naturally in blood and urine and they are reproduced synthetically for medicinal use.

The name of Antineoplastons comes from their functions in controlling neoplastic, or cancerous, cells (anti-neoplastic cells agents).

Antineoplastons act as molecular switches, which turn off life processes in abnormal cells and force them to die through apoptosis (programmed death of a cell). While they trigger the death of cancer cells, they do not inhibit normal cell growth. They specifically target cancer cells without harming healthy cells.

As at May 2010 Burzynski Research Institute Recieved a SPA Clearance from the FDA to Initiate Pivotal Phase III Trial of Combination Antineoplaston Therapy and Radiation Therapy, and invites clients for clinical trials.

Complement all alternative cancer treatments with a The Professional Rife Machine, Version 3 Machine.