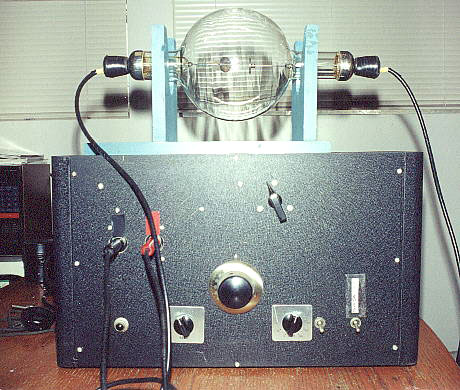 Beam Ray began in 1937 after Philip Hoyland moved to San Diego from Los Angeles. He was an electrical engineer, had worked with Rife, and had contributed to the improvement of the Royal Rife Machine. Rife brought him to the Rife Laboratory in Point Lorna on Alcott Street, San Diego. Hoyland met a promoter named Hutcheson who originated the idea of commercially manufacturing the Royal Rife Machine. James Couche, the San Diego doctor who had been treating patients with the Royal Rife Machine for some time, was another partner in Beam Ray, along with Ben Cullen, Rife’s old friend from the time he arrived in San Diego in 1913. They approached Rife with the idea and he considered it for some time. Then he gave his approval on two conditions:

1. That they would adhere decidedly to the original basic principles of the Royal Rife Machine.
2. That each Royal Rife Machine would be thoroughly tested before delivery to determine its true devitalizing power and effect on pathogenic bacteria.

Fourteen Royal Rife Machine’s were built by Beam Ray. Two went to England, a third to Dr. Hamer, and a fourth to Dr. Arthur Yale. Two more went to Arizona doctors and the remaining eight went to Southern California doctors. In May 1938, Dr. B. Winter Gonin, W. V. Blewett, and an associate named Parsons arrived from England. They agreed to purchase a microscope from Rife and they discussed selling the microscopes to the world from London. They also met the Beam Ray people and purchased the first two Royal Rife Machine’s (prior to their manufacture). However, when the two instruments were sent in July and August, they were unwired. Hoyland apparently was seeking a trip to England. The three Englishmen were outraged. Rife had been out of San Diego when the machines were sent. Thus, they had not been tested by him as Beam Ray had agreed. After an exchange of letters with the Englishmen, Rife agreed to send his assistant Henry Siner to England at the end of the year.

Siner would bring a microscope and help the Englishmen establish a laboratory. Rife would follow in mid- 1939 and bring the microscope the Englishmen had ordered. Meanwhile, Dr. Couche had cured a man that most of the San Diego doctors had failed to help. Word of the instrument’s healing power was spreading. Dr. Richard Hamer of the Paradise Valley Sanitarium rented the third Beam Ray Frequency Instrument and installed it in the Sanitarium. However, as soon as the other doctors began losing patients, Hamer was forced to remove the Frequency Instrument.

Hamer and an assistant opened an office in National City. Ben Cullen, the President of Beam Ray, later recalled what happened once Dr. Warner had his own office: “Hamer ran an average of forty cases a day through his place. He had to hire two operators. He trained them and watched them very closely . . . Hamer was very well known on the Pacific Coast. His case histories were absolutely wonderful. “We would go in there and see rectal cancers and stuff of that sort. He cleaned them up completely, absolutely clean. People would come in there with syphilis – not for that purpose – but those that had developed cancers, he’d find they had syphilis or gonorrhoea. By golly he’d clean those up completely. Not a doggone taint of it in the blood stream at all. Clinically cured. I would go down to Dr. Hamer and he would painstaking1y pull out those case histories showing improvement day by day of every one of them.”

It was the treatment of the 82 year old man from Chicago by Dr. Hamer that resulted in Morris Fishbein, the AMA head in Chicago, learning about the Frequency Instrument. He then tried to “buy in” through representatives of his from Los Angeles. When the offer was refused, expensive legal assistance from Los Angeles suddenly was made available to Philip Hoyland. Hoyland felt he wasn’t getting his fair share. Having worked with Rife in building the instruments, he began seeing Cullen, Dr. Couche and the promoter Hutcheson as less important than he.

Cullen had used his money to form the corporation. Each member had received 6,000 shares. But Hoyland had the information on the frequencies and tried to use it to gain more shares. Dissatisfied and in disagreement with his partners, he joined forces with the AMA to destroy or take over Beam Ray. His law suit was a naked manoeuvre to gain control of Beam Ray. By owning Beam Ray, he’d have been in a position to negotiate with Fishbein or any other outsider trying to “buy in.” The trial in 1939 destroyed Rife, led to the disintegration of Beam Ray, stopped the Special Research Committee’s carefully developed program and ended most of the clinical work which was healing cancer and other diseases.

This website is intended for educational purposes and is not intended to replace the advice, diagnosis or recommendations of your own physician or healthcare provider. The information on this website is provided without warranties of any kind either express or implied.